‘Rather than mourn her loss, I want to celebrate her wonderful life’: Richard Branson on his mother’s passing

Eve Branson has passed away after a battle with COVID 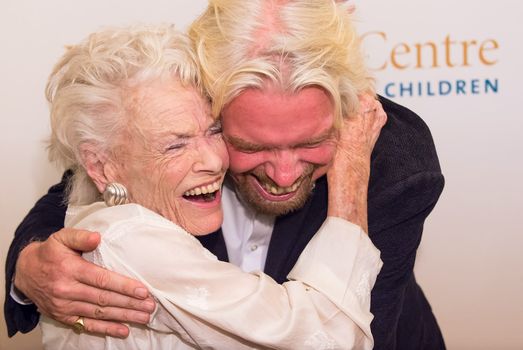 Richard Branson announced on Monday that his mother Eve, who was 96, has passed away from COVID. Mr Branson credited her with his enormously successful career, during which he founded Virgin Atlantic Group and reached a personal net worth of more than four billion dollars (€3.3 billion).

Mr Branson says that instead of mourning her loss, he wants to “celebrate her wonderful life, her tremendous spirit, the joy she brought to so many, and the love she gave us all.”

He said that the values she taught him as a child lasted a lifetime and that they included “the importance of hard work, of not taking yourself too seriously, of treating people how you wish to be treated, of entrepreneurship, and so much more.”

Mr Branson celebrates his mother’s charitable work. She founded the Eve Branson Foundation, which sought to improve the lives of women and young girls in the Atlas Mountains and provide “access to education and health care to those in need.” Mr Branson said she had “always been a tireless advocate for social empowerment and child welfare and continued spending time in Morocco, inspiring and supporting the amazing community, right to the end of her life.”

Branson describes how she helped him set up Virgin describing how when she found a necklace and no one claimed it, she sold it to give him the £100 that allowed him to start his company.

Eve Branson defeated COVID, “for one last victory,” but had “expended all of her energy in the process,” said Mr Branson.

Mr Branson ends his message by quoting his mothers writing, “everyone is precious and all loved. There’s room in my heart for even more, so bless you all, looking forward to building sandcastles on the beach.”

Read next: Be Wise, Immunise! Malta Chamber encourages all elderly home residents to get vaccinated