New destinations for this winter include Tel Aviv, Lisbon and Parma 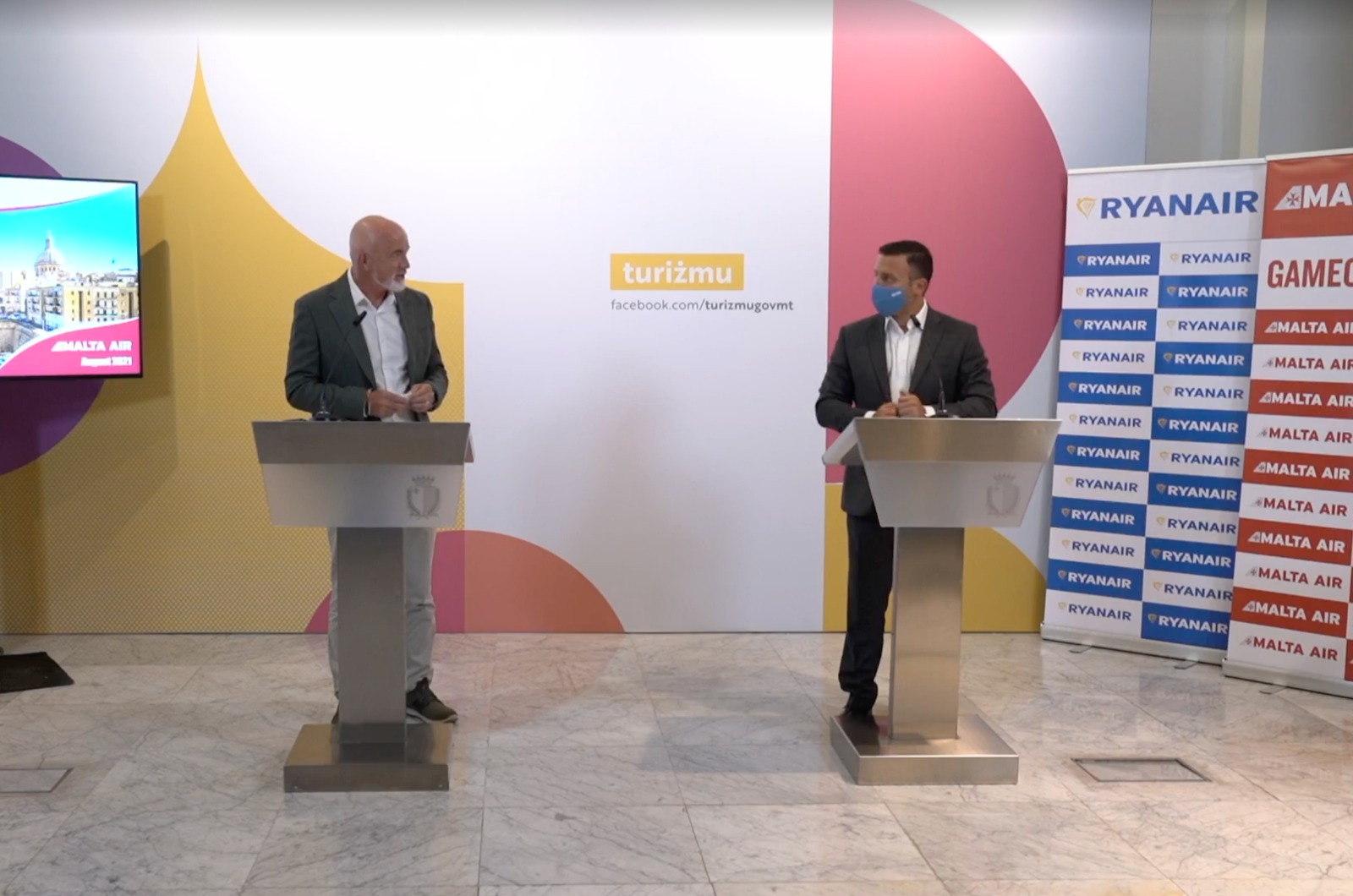 Europe’s largest low-cost airline Ryanair has added three new routes to its Malta winter schedule, meaning it will be connecting the islands to its largest-ever number of destinations.

The new routes, serving Tel Aviv in Israel, Lisbon in Portugal and Parma in Italy, were announced by David O’Brien, CEO of Ryanair’s Malta-based subsidiary Malta Air, at a press conference on Thursday morning.

The Tel Aviv route, which Mr O’Brien said was a highlight of the new connections, is expected to strengthen “business, tourism and cultural links” between Israel and Malta, serving as the only direct route between the destinations.

Pre-COVID, he explained, Malta attracted a large number of Israeli visitors, with a “healthy mix” of those traveling for leisure versus business. The route, as the only direct air link between the destinations, is therefore expected to play a valuable role in rebuilding this connection.

Ryanair is expecting to operate 62 routes through Malta in this winter’s schedule, translating to 12 new routes and 155 weekly flights, to the celebration of Tourism Minister Clayton Bartolo, who also addressed the conference, and thanked Ryanair and Mr O’Brien for the good news.

Discussing the wider outlook for the tourism industry in Malta, the minister reiterated that air connectivity is the “lungs” of Malta’s tourism sector, adding that the Government is keen on more frequent connections being established both to Europe and other countries.

Looking to the future, he said that the next months, “usually the shoulder months” of Malta’s tourism season, will this year form part of the recovery of the country’s tourism industry and thus the wider economy.

“In this new normality, I am proud to say that as a country and Government, we have managed to strike a balance the lives of the people and the livelihoods of the people”, he added, addressing the country’s COVID-related restrictions.

Read next: New Zealand to re-open to world from early 2022