Transport Authority to be broken up into independent authorities for land, maritime and aviation 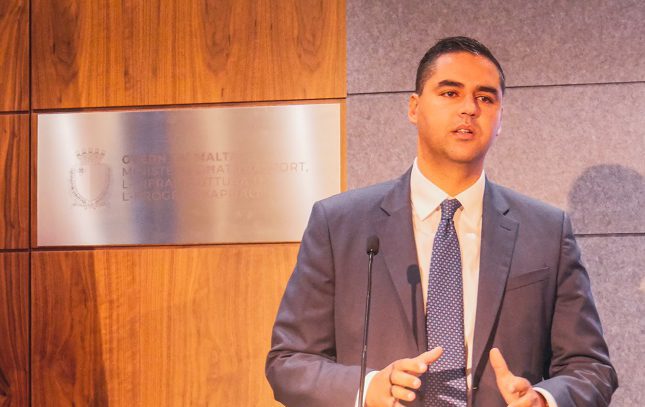 The Transport Authority will be replaced by independent authorities focusing on aviation, maritime and land transportation, operating under a co-ordinated governance structure, in a bid to better respond to the transport sector’s dynamic state, fast paced growth, and current and future challenges.

The move was announced by Minister for Transport, Infrastructure and Capital Projects Ian Borg during a news conference, where he said that although the Transport Authority, as it stands today, is performing its functions “very well”, the Government believes that “the time has come for both the aviation and maritime sectors to have their respective authority, as well as land transportation”.

Minister Borg reassured Transport Malta workers of their position, asserting his belief that this step will be “an opportunity for them to advance and progress further in their specific sectors”.

He said that the national discussion on the metro and free public transport for everyone from next year is currently underway, and so “we want to see that we have distinct authorities where the committee’s job will be to see that this is achieved”.

The Transport Authority has been functioning for 12 years as the main authority in Malta when it comes to the regulation of the transport sector.

In 2017, the only non-regulatory responsibility it had was that of building new roads, which was handed over to Infrastructure Malta.

The authority had merged the aviation, maritime and land sectors under a single structure governed by a Board of Directors and lead by a Chairman and CEO.

Within this context, the Ministry for Transport, Infrastructure and Capital Projects has set up a working group, led by Chief Judge Emeritus Joseph Azzopardi, which will be working on the necessary changes from a legislative, administrative and industrial point of view in order to de-merge Transport Malta from being the main leading authority to three independent authorities operating under a co-ordinated governance structure.

The other members of the working group will be lawyer Dr Robert Musumeci, Mr Roberto Cristiano and Mr Karl La Ferla.

The Malta Maritime Forum and the Aviation Stakeholders Forum led by former Judge Zammit McKeon and Architect Karmenu Vella respectively will be invited by the committee during their work.