WATCH: Government announces new voucher scheme with a twist – cheques for everyone

Pensioners and those in vulnerable conditions to receive double the amount 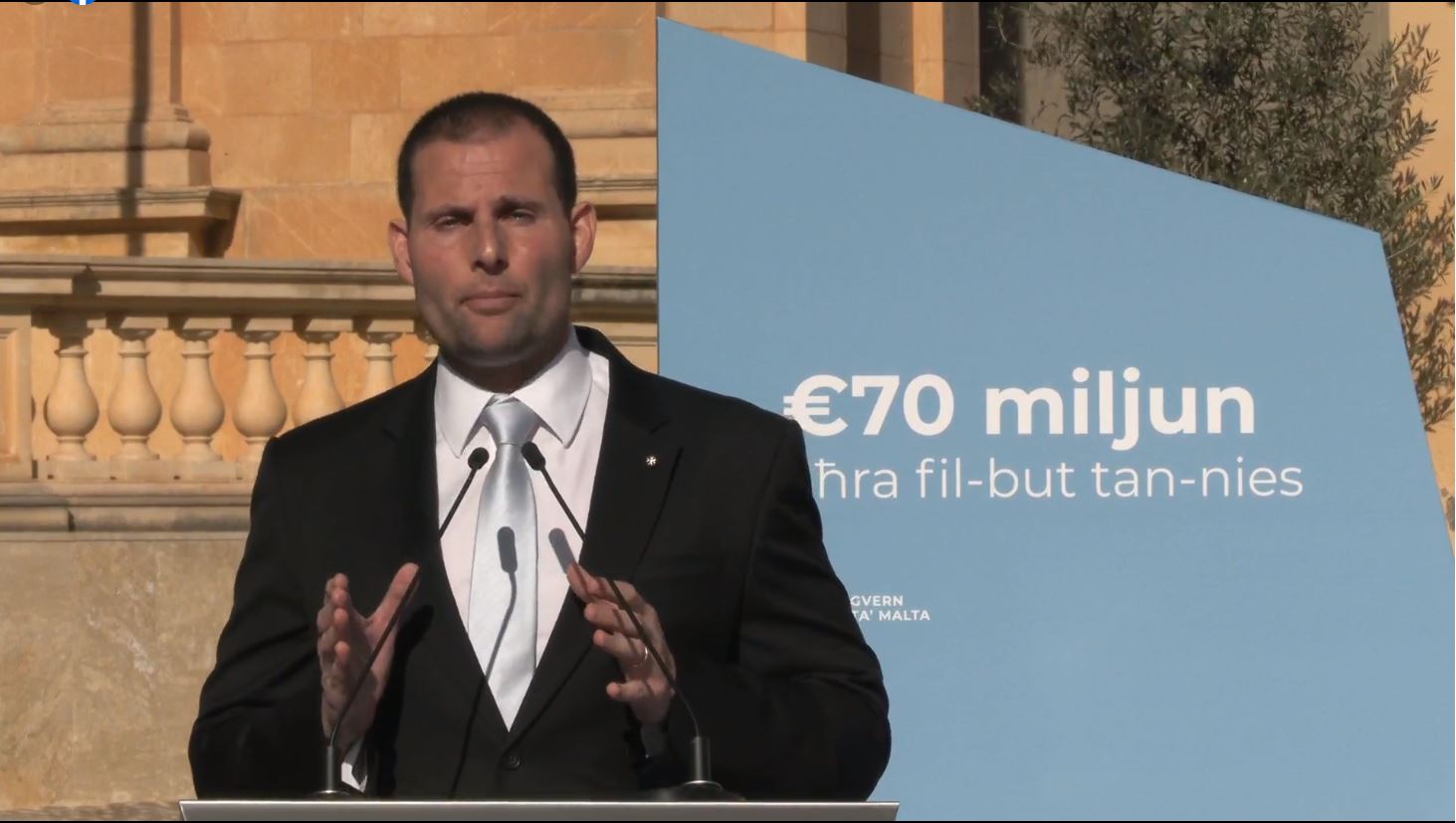 Every adult in Malta will get a cheque in the mail in the coming months as part of a Goverment stimulus package designed to “stimulate economic growth in all sectors and alleviate rising inflation”.

The direct payments will be €100 for workers and students and €200 for pensioners and those receiving social benefits. This scheme will reach 380,000 people.

Speaking at a press conference this morning, Prime Minister Robert Abela and Minister for Finance and Employment Clyde Caruana announced the direct measure, comparing it to the two rounds of vouchers issued during the pandemic.

Unlike the two voucher schemes, which could only be spent in specific businesses in sectors most negatively hit by the pandemic, this new round of stimulus is a cheque which can be cashed right away and spent freely.

They also announced that the tax refund sent to those in work will once again increase, with a minimum refund of €60 and a maximum of €140.

The tax refund is a separate scheme, meaning that those in work will receive two cheques.

Prime Minister Abela said that economic recovery can only sprout from successful businesses and families, and his Government therefore did its utmost to support economic development and employment.

He pointed to the wage supplement scheme, whereby Government provided support to businesses to retain their employees, saying that although this cost hundreds of millions of euro, it provided a stable floor from which businesses could ramp up activities once conditions improved.

He also referred to the previous voucher schemes, which led to an investment of over €100 million in people.

The Prime Minister added that the Government already took aggressive and direct interventions in energy, gas, and fuels last year.

“Because we took timely action, Malta did not experience increases in these items. In Europe there are massive increases. Here, these have been absorbed by Government,” he said.

“If we hadn’t intervened, every family would experience an increase of €500 in energy and fuel costs every year. Thanks to these interventions, Malta has among the lowest inflation rates in Europe,” he said, adding that inflation is currently much lower than that experienced under other administrations.

Minister Caruana meanwhile said that the deficit for 2021 is expected to be lower than expected by 3 percentage points, for a total deficit of 8.1 per cent as opposed to the forecast 11.1 per cent.

“That margin gave us enough comfort to protect against increases in fuel costs,” he said.

“This fact, in itself, shows that the finances of the country will be better than we expected, and allows us to meet the challenges of the pandemic. One of these challenges is the global phenomenon of cost-push inflation.”

He said the Government likes to help people, and it can do so with peace of mind because it can afford to do this. “There is no danger of damaging the finances of the country,” he said, adding that this is contrary to what other countries are doing.

“What was announced today shows the social commitment of this Government, if there was ever a doubt.”

They said that Government is committed to introducing a new Cost of Living mechanism for low-income people, but it felt that it couldn’t sit back and wait for discussions to end and therefore took the decision to help families now.

How much will you receive?

The Prime Minister explained that workers and students will receive a €100 cheque, while pensioners and people on social benefits will get double that for a €200 cheque.

This measure is expected to reach around 380,000 people.

In addition to the stimulus cheque, 250,000 people will receive another cheque with a higher tax refund, as announced in this year’s Budget.

People subject to single tax rates will get a refund ranging between €60 and €125.

Parents will receive a tax refund of not less than €60 and not more than €135.

This means that families where both adults earn the minimum wage will receive a total of €470, which includes a tax refund of €270 and €200 as a stimulus cheque.

A family of two pensioners will receive €400 in total.