‘We stand by our decision’: BOV’s Gordon Cordina explains why the bank conceded a €181 million settlement

From the closing of the Deiulemar chapter to Malta's economic prospects, the BOV chairperson has his say 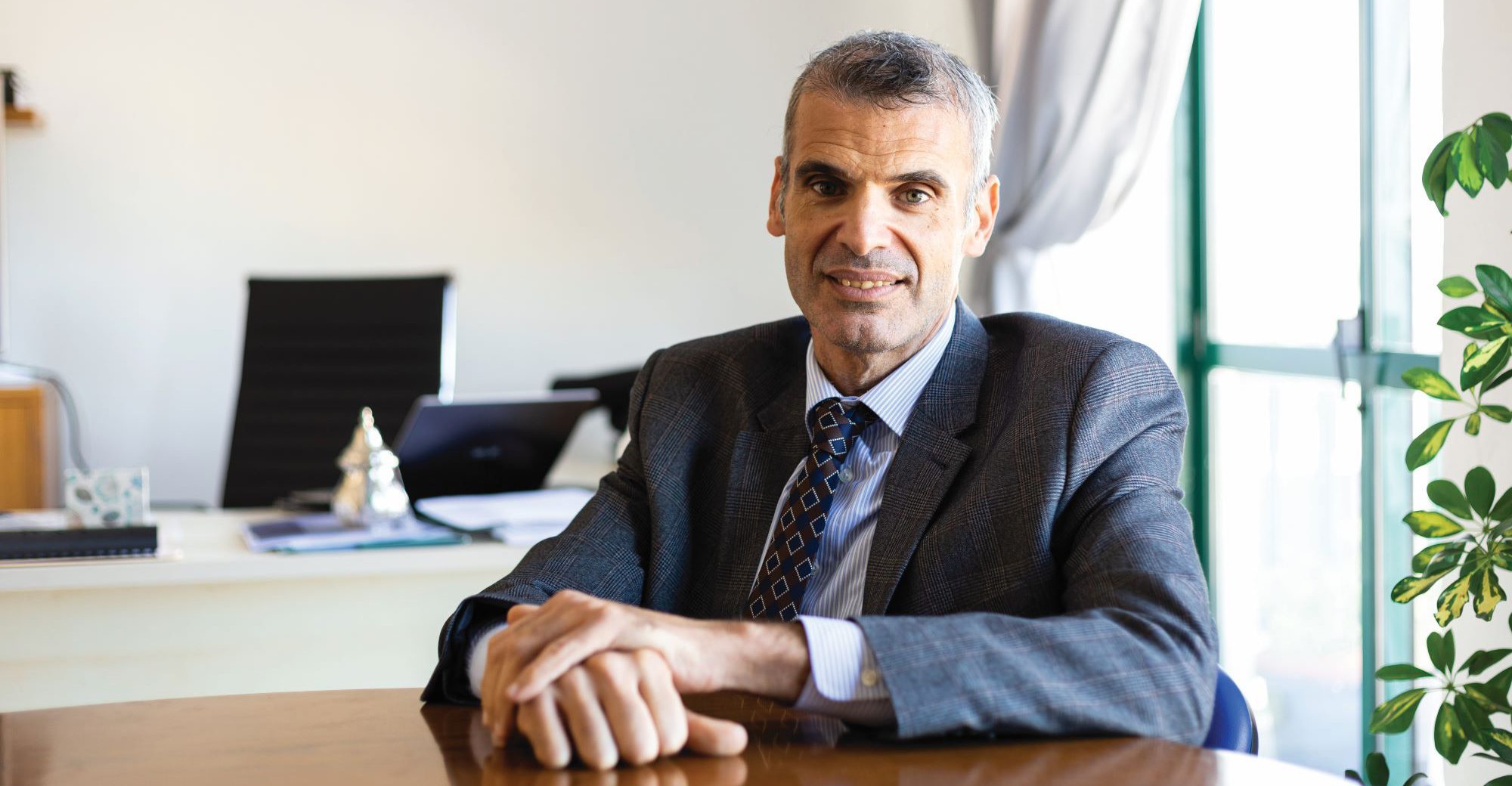 News that BOV had this week negotiated a settlement regarding the Deiulemar bankruptcy reverberated around the Maltese business community, with the market’s response to the announcement being immediate and strong, as the bank saw its share price soar by 26 per cent.

However, comments by BOV chairperson Gordon Cordina that the case represented an “existential risk” raised eyebrows among observers and drew criticism from commentators, who questioned how such threats were not divulged before.

In a wide-ranging interview with BusinessNow.mt, Dr Cordina addresses this astonishing claim, and also touches on a number of key points, from access to finance to BOV’s next CEO, and from the right to a bank account to Malta’s post-pandemic economic realities.

Dr Cordina’s description of the €182.5 million settlement BOV agreed in relation to the Deiulemar bankruptcy as “an existential risk” for the bank shocked sections of the investing public.

The issue, he says, was that the bank could have been held liable for the full amount of around €370 million plus legal interest of eight per cent.

“Just imagine that,” he says. “Let us say that the appeal would have taken another two years – that is 10 years of that level of interest, on top of the full amount.”

A quick calculation using a compound interest calculator results in a total figure close to €800 million – over double the initial amount.

“As it stands, BOV had €80 million in reserves put aside. The outstanding amount of €100 million will be a hit, but with an estimated €80 million yearly profits, the bank will recover in a year and a half or so.”

He explains that his use of the word “existential” reflected the serious nature of the risk, one which could have made the bank “question the purpose of its existence by limiting its lending growth and dividend payments for many years” – a step back from the perhaps overly-frank admission that BOV “could not have survived that”.

Dr Cordina explains that the bank’s board of directors was unanimous in its decision after reviewing all the possibilities, keeping in mind that jurisdictions like Naples, where the appeal will be heard, are not known for being particularly friendly for business.

A meeting held on Thursday with stockholders resulted in a broad endorsement of the decision.

“The jump in share price was the largest daily increase over the past five years, and there is indeed almost no question in the market community that the decision was right,” Dr Cordina says, attributing the sharp increase to the market’s expectation of a far bigger hit.

“When looking at the facts before us, we felt that drawing a line under this whole unfortunate affair was in the best interest of our shareholders. I stand by that decision, as does the rest of the board. If the case was lost, it would have taken BOV a decade to recover. Instead, we can now look to a future where the bank now has free capital to expand lending and pay dividends.”

Right to a bank account or a centralised due diligence system

Asked to comment on the Labour Party’s proposal, prior to the election, to enshrine the right to a basic bank account for businesses and the self-employed in law, Dr Cordina says he interprets this as a “challenge” to do better.

“In large part, this is a speed of service issue, and we have worked very hard in recent months to rectify this,” he says.

He explains that in the vast majority of cases, business accounts are opened within seven days, and dismisses claims that the bank is refusing any large amount of potential customers.

“The cases that take months are those where there is missing paperwork or miscommunication, and most of those refused lack a genuine economic link to the country,” he says, while conceding that “there is a lot more to do in trying to integrate regulators’ requirements through simplified and more digital means”.

A proposal Dr Cordina seems far more interested in than the right to a bank account is Prime Minister Robert Abela’s suggestion to centralise the due diligence process to eliminate the need for businesses to submit documents to more than one entity, describing it as “a big help” to the whole banking and financial sector while pointing out that such systems already exist in place like Belgium.

On the next CEO

Late last year, BOV kicked off the process to find a replacement for CEO Rick Hunkin, who has been with the bank since 2019. Mr Hunkin had come in for criticism over a series of lucrative contracts awarded to personal associates, even as the bank was cutting costs in other areas.

Dr Cordina stood by the CEO, describing these consultancies as necessary in light of requirements where the bank could not make use of its own internal resources.

“These consultancies are an investment,” he said at the time, “and throughout we want there to be a transfer of knowledge to build up the bank’s human capital, building foundations for the knowledge and systems that will take us out of the current situation and into the future.”

Asked how the search for a new CEO was progressing, Dr Cordina says BOV is making an effort not to overlook the best talent.

“We are not rushing to make any choice. What we are doing is taking the time to make sure that the choice we make can take the bank forward over the next three to five years.”

He credited the board of directors’ decision to start the search a full year before the expiration of Mr Hunkin’s contact for the peace of mind that allows the bank to make thoroughly considered choices.

“We do not have our back against the wall. There is no need to rush.”

In light of significant criticism by the business community about BOV’s perceived lack of assistance to enterprise, Dr Cordina is quick to point out that regulatory requirements tie the bank’s hands in any cases.

Turning to the corporate finance landscape, Dr Cordina explains that banks do a good job at serving a certain part of the market “which can provide risk assurances, collateral, and stable business plans”.

However, he calls for more players to step into the investment world, particularly in relation to early-stage funding for start-ups, a niche he says banks will not be directly involved in due to the high risks involved.

“In every other country, start-ups are served by venture capital. We need to provide this service in this country too,” he says, while hinting that a collaboration between private finance and the banking sector could be one way of doing this.

Dr Cordina acknowledges that Malta’s small size leaves the country vulnerable to supply side shocks like that being experienced currently, with lower supplies of food and energy and logistical problems in delivering them.

“Smallness and insularity hurts us in this context,” he says. He warns that although the Government is so far relying on a relatively low level of debt-to-GDP to cushion the worst of these impacts, difficult decisions will need to be taken if these changes turn out to be permanent.

He pointed to the global economic turmoil of the 1970s, which led to permanent changes to the world’s economic systems.

“Whatever happens, what is certain is that authorities will need to gradually wean the economy to new realities over time, without causing any shocks to the system and without increasing debt above acceptable levels.”

Although Finance Minister Clyde Caruana’s recent announcement that Malta’s tax regime is set to change by 2025 is certainly a major point of interest in terms of seeing how the country’s economy will develop over the ret of the decade, Dr Cordina is quick to point out that under the new rules, Malta will not be offering anything less than others.

“If there is tax harmonisation, we will be at par with everyone else. Competition will then turn to other fields away from taxation.”

The post-COVID recovery is doing well, according to Dr Cordina, highlighting the recovering interest in Maltese real estate by foreign investors and the steady growth of the financial services and gaming sectors.

He also sees construction as a sector ripe for a jump in quality, especially through a shift towards retrofitting of existing buildings to make them compatible with the country’s climate targets.

Another area where he hopes to see significant growth in the coming years is pensions, which he believes can be a key to turning unproductive bank deposits into useful capital to power Malta’s transformation.

“Pensions are a golden opportunity to take all these deposits sitting in bank accounts earning negligible interest into more long-term investments that leave a positive impact on an individual and national level. Thanks to the Government’s attractive incentives in this area, I believe we will see strong growth in this sector in the coming years.”