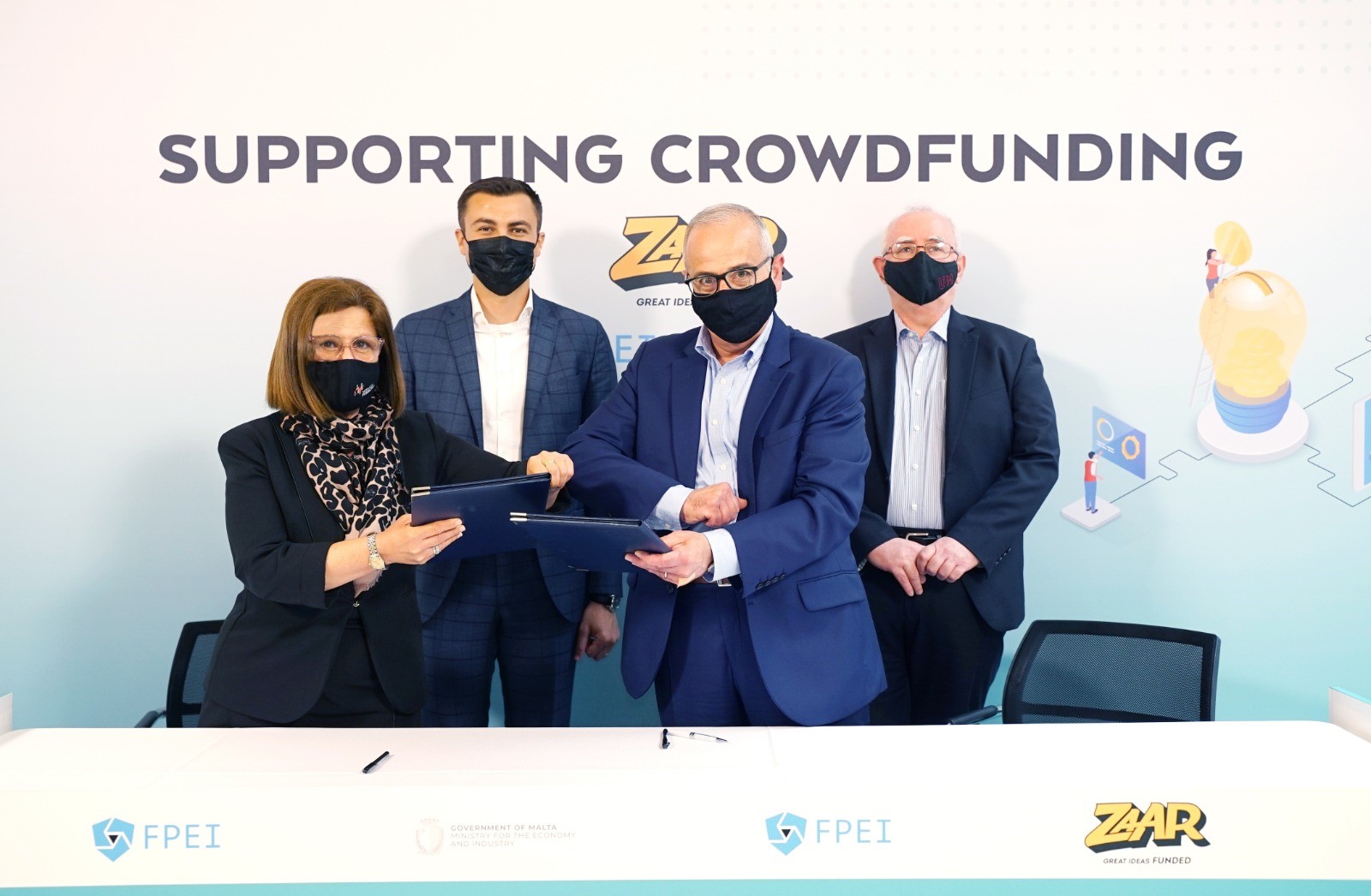 ZAAR Crowdfunding platform was “crucial” to springboard 26 new projects onto the market in 2020, as the platform achieved an 82 per cent funding success rate across the board, revealed Economy Minister Silvio Schembri on Wednesday.

The platform, established through the Foundation for the Promotion of Entrepreneurial Initiatives to offer an alternative means to for new businesses and enterprises to access financing.

The 130 projects supported by the foundation – with an average success rate of 79 per cent – range from digital-related start-ups to the implementation of innovative solutions.

More recently, according to Director of the Promotion of Entrepreneurial Initiatives Joe Tanti, the success rate of ZAAR projects that reach their funding target is running at 88 per cent.

Speaking at a press conference to announce the signing of a Memorandum of Understanding between his Ministry and the Foundation for the Promotion of Entrepreneurial Initiatives to further encourage new ideas, Mr Schembri reiterated the commitment of the Government to fostering and supporting innovation.

“As a Government we are aware that the financing of ideas to convert into businesses remains a challenge. Adding to that is the concept itself of converting ideas into businesses – an issue which we a wholly committed to address”, he said.

“Therefore, as announced in this year’s budget, a fund will be established aimed at attracting venture capitalists to invest in potential new ideas.  And here, I extend my appeal to new investors and companies to invest and bolster the development of new ideas”.

Matthew Caruana from ZAAR Crowdfunding explained that the main reason ZAAR was set up was to provide an alternative source of funding for ideas to become a reality, turn into businesses, grow, and then generate value and employment.

He said the initiative helps small businesses or new ideas take that crucial first step of raising the first round of funding that will help them move on to bigger things.

“Since setting up, we are pleased to say that we have helped small businesses, sustainable ideas and innovators raise funds and validate their ideas, to kick off their project or move on to the next stage of their lifecycle”, he commented.

For the uninitiated, ZAAR Crowdfunding is a donation/reward-based crowdfunding platform, to promote entrepreneurship in Malta and support local start-ups.

Read next: ‘We expect a travel rebound unlike anything we have seen before’ – Airbnb CEO