‘Elevating competitiveness as a priority on our national agenda’ 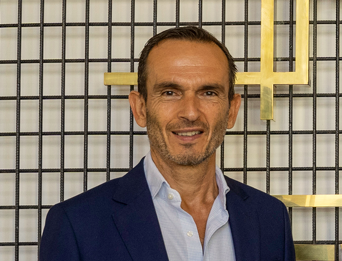 With Malta’s competitiveness under threat thanks to supply chain issues, wage pressures, vulnerability to external shocks and to shipping routes, the Government, together with stakeholders, must come together to fight the disadvantages the country faces as a small island nation on the periphery of the EU.

In a discussion with BusinessNow.mt, Norman Aquilina, Group CEO of one of Malta’s most prolific manufacturing companies, Farsons Group, laid out just what’s at stake for the country’s important manufacturing sector should the nation fail to come together and elevate its status within the EU.

As a point of principle, the EU has enacted several policies aimed at working towards a level economic playing field across the varied 27-nation bloc. Run as a single market, allowing the free flow of people, goods, services and capital, unfair advantages or disadvantages risk distorting this playing field, creating discrepancies and putting businesses and workers from certain areas at a disadvantage compared to their European counterparts.

Why does Malta’s position as an island nation on the edge of Europe put its manufacturing sector at a disadvantage?

Earlier this year, Malta’s National Productivity Report for 2021 concluded that the country’s manufacturing sector is losing ground compared to other European countries, with reduced competitiveness and slower productivity gains highlighted.

Nevertheless, Mr Aquilina asserts, it remains an important contributing sector, accounting for eight per cent of GDP and around 11 per cent of employment.

Over the past year in particular, we have also seen severe global disruption in shipping routes, meaning manufacturing companies importing raw materials have gone from logistical nightmare to nightmare in trying to operate as normal, and maintain production targets.

On top of this, an exodus of workers throughout the pandemic and beyond has meant that a smaller pool of workers are available, resulting in higher wage bills.

“Given the growing competitive pressures, is the manufacturing sector’s competitiveness at stake? From the outset, it must be understood that competitiveness requires broad consideration, with an extended line of measure which is not just about costs, but also about capabilities, among others,” Mr Aquilina explains.

Here, Mr Aquilina argues that for export competitiveness to be achieved, that is having competitive prices when exporting finished goods to the wider European market and beyond, this heavily depends on “a cost-efficient supply chain, given Malta’s dependency on sea and air transport.”

“It is only too evident that operating from a remote location like Malta, which has neither a sizeable home market nor availability of essential raw and packaging materials, gives rise to structurally high logistical costs.

“Operating from an island economy also conditions how manufacturers handle their procurement and inventory management, sometimes being compelled to move away from ideal just-in-time inventory levels to the need for just-in-case stock piling, with all its additional storage and financial implications.”

“Our open, insular and peripheral economy means we are overly exposed and rendered vulnerable to external factors. While these considerations have been ever present, one needs to recognise that the prevailing supply chain disruption and spiralling shipping costs have further exposed and elevated our critical dependence on the need of being logistically competitive.”

Here, Mr Aquilina points out that a Malta Chamber survey carried out earlier this year found that 70 per cent of respondents feel that the EU is not conscious enough of the logistical challenges Malta faces as a small peripheral island state.

Now that the issues for Malta’s isolated economy have been spelled out, what needs to happen next? Mr Aquilina firmly believes that a strategic review should take place, so that the country can “tactfully undertake concrete action both at a local and EU level.

“Locally, we need to more convincingly place competitiveness on our national agenda. With a view to securing our future competitiveness, it is critically important for us to ongoingly focus on building on our economy’s competitive attributes, whilst doing away with, or at least mitigating, any hurdles which in one way or other dent our competitiveness.

“When considering our logistical costs, one cannot fail to also give due consideration to the significant costs being incurred within our ports along with the related local charges. Years back, there was an attempt to deal with what was then termed ‘port reform’, however this remained inconclusive.

“Seemingly oblivious to today’s competitive realities, we can no longer treat our ports and related practices as untouchable.”

From an EU perspective, Mr Aquilina points out two separate and distinct developments that point towards the bloc’s ongoing efforts to reach a level playing field across the bloc, but laments that currently, the issues facing Malta are treated as an afterthought.

Currently, the EU is on a communication drive about a regulation dictating the use of foreign subsidies by non-EU countries channelled to EU-based businesses. For example, As Mr Aquilina puts it, US or Chinese companies may be benefitting from subsidies within their home country which place them in a more favourable position when considering their investments within the EU and potentially deemed as distorting competition when compared to European firms based within the EU that need to adhere to European State aid rules.

In a separate issue, Mr Aquilina points to EU regional aid guidelines, which split the country into regions with the intensity of state aid based on the GDP per capita of that particular region. Rather than treating Malta as an entire region, the country has been split into areas  which questions as to whether the country is truly well served with this area definition.

He further emphasizes that “despite the diversity of islands forming part of the EU, there continues to be inadequate recognition on the distinct differences and policy requirements of island member states as opposed to regions or island regions.”

Such regional aid guidelines are up for review as of next year.

On this note, Mr Aquilina says this is where the country, Government and stakeholders should come together to fully understand the EU policies that are impacting Malta’s economy and strategise as to how to ensure we can operate on a more equal footing with European counterparts.

“This is not a matter of privilege, but of economic justification and legitimate expectation. Until then, whereas manufacturers based within mainland Europe run the 100 metres sprint, we will continue to be compelled to run the 100 metres hurdles.”

“We need to firmly elevate competitiveness as a priority on our national agenda. If we truly want a vibrant and sustainably competitive manufacturing sector, and if the EU truly believes in the need to ensure a level playing field amongst member states, given our remoteness, our physical disconnection from mainland Europe, there is no other option for the EU other than giving tangible recognition to this reality.”

Read next: Will a rising tide of traffic accidents impact your insurance premiums?