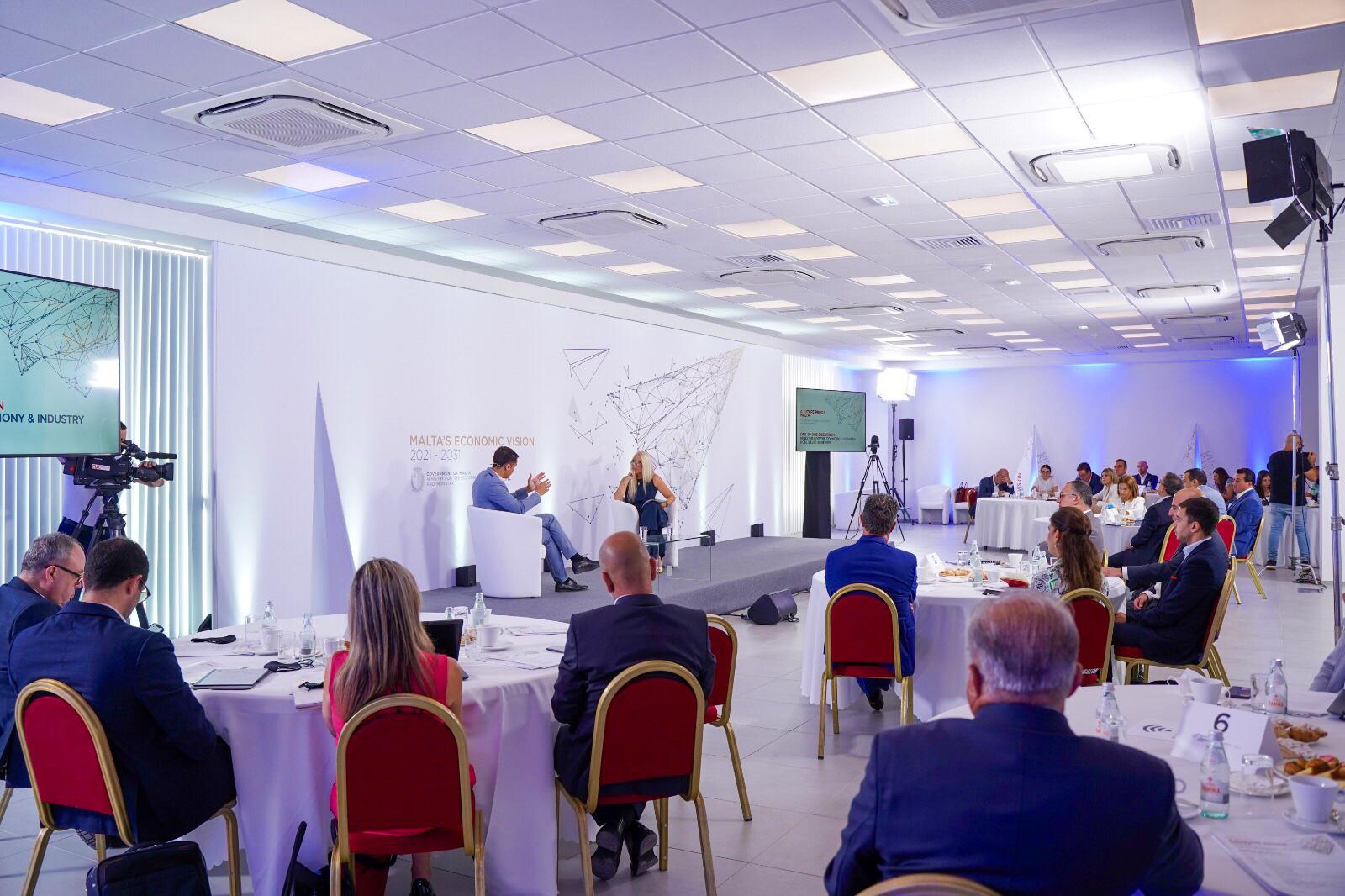 The Government’s Economic Vision for Malta 2031, currently in public consultation phase, is a commitment to robust economic growth while safeguarding Malta’s environment for future generations, according to Minister for the Economy and Silvio Schembri.

Speaking during the first of a series of seminars discussing each of the five pillars outlined in the Economic Vision 2021-2031, Minister Schembri said that activities which protect natural resources can lead to the development of new economic niches, investment and an improved tourism offering.

Insisting that economic growth and the environment must be seen as integrated rather than opposing forces, Minister Schembri explained that “environmental degradation is no longer ‘sine qua non’ to economic success”.

“Rather than seeing the environment and sustainability as a trade-off to economic growth, the Government sees it as an enabler that can help cultivate new niches – for example, tapping into reconstituted stone, something that has been used in neighbouring countries such as Greece and Cyprus.”

“We can look at sectors such as marine biotech, a billion euro industry that thrives and maximises return in weather conditions much like ours,” he said.

He added that, to safeguard’s Malta’s future generations, the Government will facilitate and enable a smooth transition towards a circular and sustainable economy across all sectors of economic activity, while embracing new alternative energy practices to achieve carbon neutrality by 2050.

Speaking about Gozo, where the event, organised by MIMCOL, was held, Minister Schembri noted that the protecting of agricultural and rural land in Gozo remains a priority in maintaining a strategy of ECO-Gozo.

Minister for the Environment, Climate Change and Planning Aaron Farrugia also spoke at the event, which was attended by stakeholders from Government entities, civil society and NGOs

He noted that the Government is working on various fronts to ensure more sustainable development, intelligent planning, and an ecological transition – with various policies and measures to combat climate change and to foster a greener economy.

“Malta’s Economic Vision,” said Minister Farrugia, is a good basis for moving towards a circular economy and better quality of life for all.”

The Economic Vision 2021-2031 states that a future-proof Malta in the environment sector by 2031 can be achieved through various measures, such as:
• Efficient use of resources, including land, and better waste management
• Combatting emissions and pollution
• Achieving carbon neutrality
• Providing green finance
• Protecting Malta’s seas and harnessing the blue economy
• Preservation and restoration of nature habitats

All those interested to participate in the national consultation process can visit the dedicated website to submit their feedback.

The consultation process will remain open till the 31st of July 2021.