‘We need a culture where education is seen as a life-long process’: PM launches 10-year economic vision

The vision is based on five pillars: quality of life, infrastructure, education, good governance & the environment 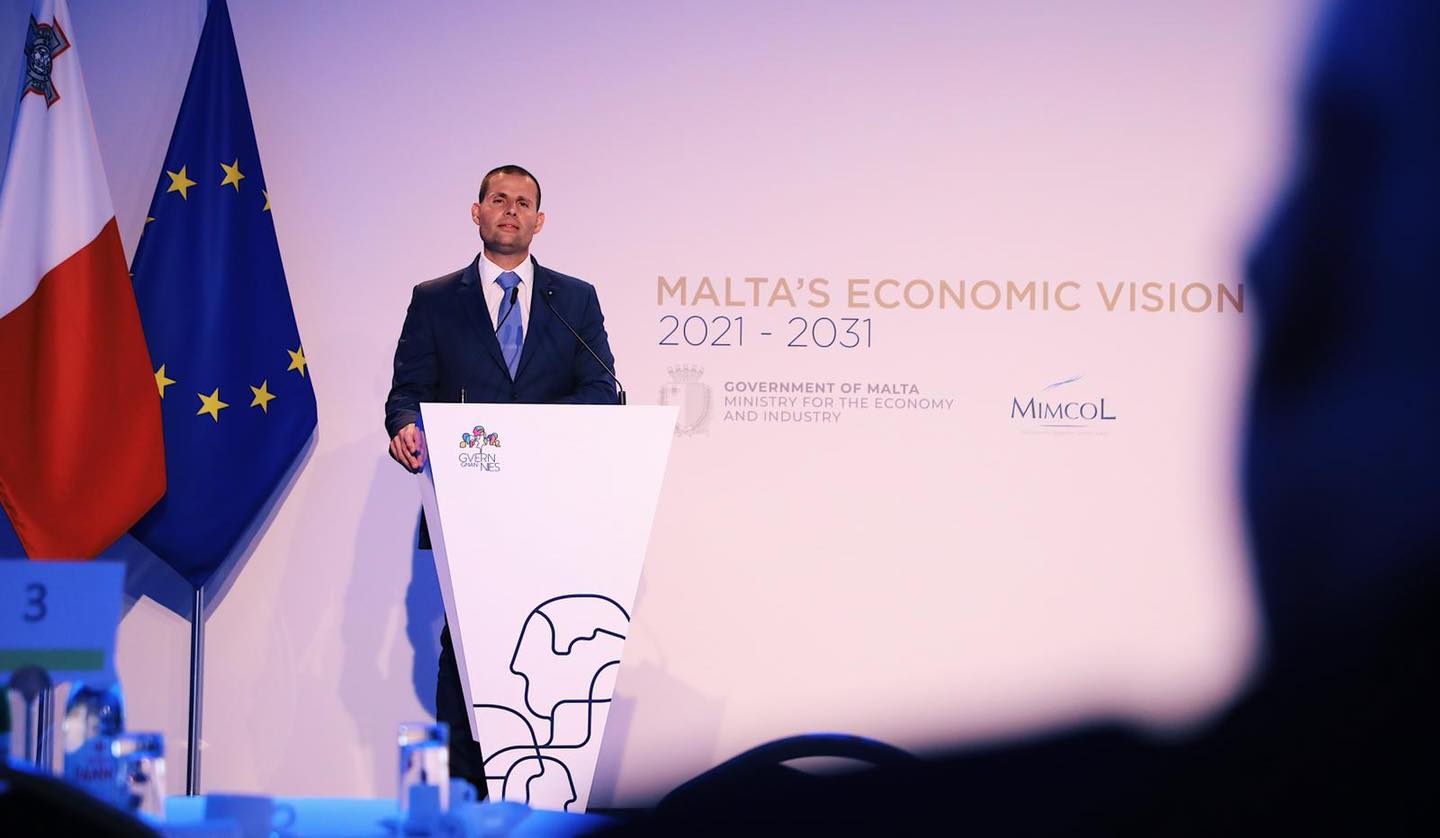 At a conference announcing the launch of a consultation to formulate Malta’s 2021-2031 economic vision, Prime Minister Robert Abela, together with Economy and Industry Minister Silvio Schembri, shared five main pillars on which the vision will be based on, with the aim of making Malta’s economy ‘future-proof’:

In his keynote speech, Prime Minister Robert Abela gave an overview of where the Government believes the country should be taken and urged all in Malta to take part in this nationwide consultation process.

“We are here today to start a process of discussion on the economic vision for Malta which we will adopt for the next decade.”

He praised Malta’s economic resilience, sharing that in 2020, 5,000 new businesses were registered. “The business sector knows we stand behind it,” he said.

Perhaps most notable were Dr Abela’s remarks on education and the environment. On education, he said that Maltese society absolutely needs to shift away from the mentality that education is a definitive process, with a beginning and an end.

“Before COVID, the economy’s biggest challenge was a skills shortage in the workforce. To meet this challenge, we must transform our education and training system rapidly. We must change from a society that looks at education as a definitive period with a beginning and an end, towards a culture where education is seen as an ongoing, lifelong process.”

He added that the pandemic has undoubtedly confirmed that the future is digital. “While the pandemic wreaked havoc on traditional, powerful industries (such as tourism), it did not have the same negative effect on digital sectors.”

On the environmental pillar, Dr Abela agreed that the country has not done enough.

“If we think the pandemic was a major challenge, which none of us in the room saw coming, then we need to understand that climate change has the potential to be a much bigger challenge.

“This is why we put forward ambitious targets to become carbon neutral in one generation. We know that we have targets set by the EU, let us achieve, but let us also exceed them”.

Malta has committed itself to becoming carbon neutral by 2030.

He urged businesses to acknowledge the massive opportunities that will be present through a rapid shift towards a greener economy, pointing out that the country needs to change the way it generates energy, creates water, treats waste, builds and moves around (transport) to achieve its climate goals.

Dr Abela said the Government will continue to work to reduce administrative burdens for investors and the business community, as well as maintaining the current trend of keeping taxes low. He said that this does not go far enough, however.

Turning to the pillar of infrastructure, Dr Abela boldly said “We cannot fall back into the vicious cycle of under investment. Public investment must be a constant factor, and we must learn to maintain”.

He said that for Malta to remain competitive, it is imperative that infrastructure improves. “A business with the latest technology, functioning in an industrial estate with infrastructure from decades ago, is no longer acceptable.

“This is why we announced the largest industrial infrastructure plan, where we will invest almost half a billion to give modern infrastructure to those businesses that give our country prosperity.”

So, how does Malta intend to pay for all this?

Addressing this very point, Dr Abela said the economic success of the previous years allowed the country to remain stable throughout the pandemic, pointing out that the nation’s savings increased by €1.5 billion since the pandemic began.

He added that Malta will continue to defend its second version of the citizenship by investment scheme. On Thursday, the European Commission sent a legal notice cautioning the Government over its current scheme and urging the authorities to put a stop to it.

Dr Abela said the Government will continue to dialogue with the Commission over the scheme, but commented that he believes the state has a strong defence and that if an agreement is not reached with the EU’s executive, it will turn to the judiciary, the European Court of Justice, to settle the matter. He was adamant on the Government’s intention to preserve the programme, highlighting several investments made thanks to funds received through it.

He also pointed towards the Malta Development Bank as being a resource to fund future investments.

“What we now need is that everyone and I mean everyone, from all walks of life and sectors of business, comes together, helps us add and improve on our thinking, and together as one nation we unite behind this vision and together we build our new prosperity.” 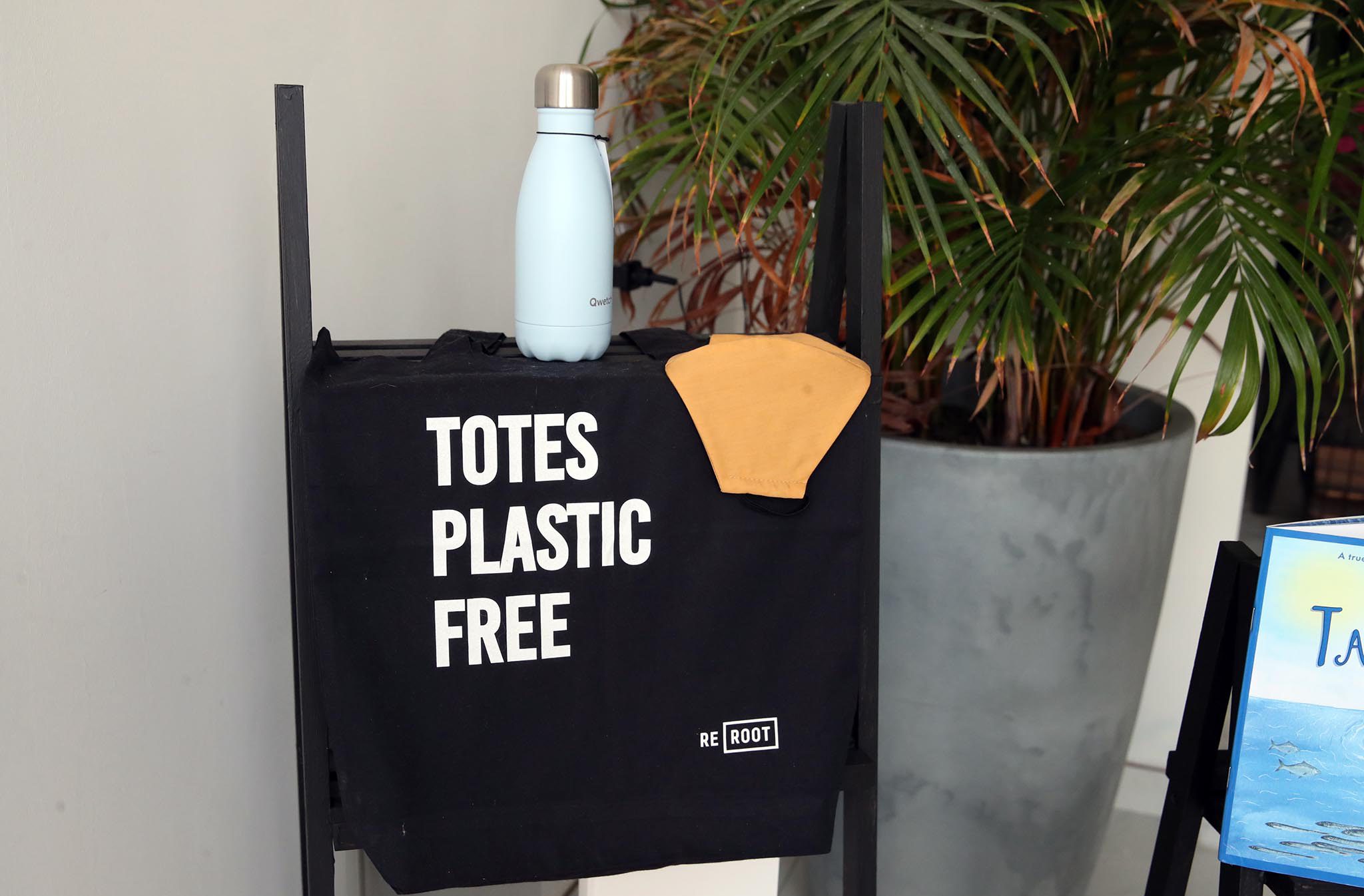 Retail shops and other businesses can claim a grant of up to €20,000