He emphasised the importance of health and safety at the workplace 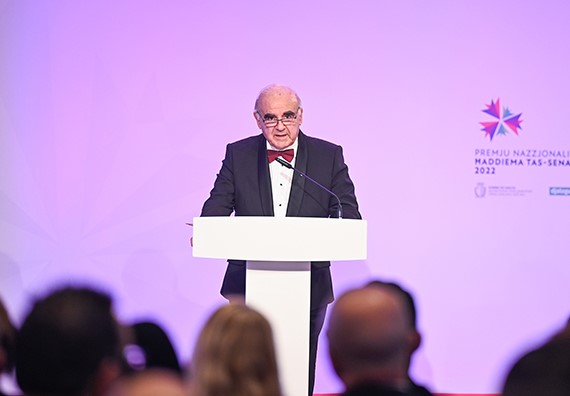 During the National Worker of the Year 2022 award ceremony organised by the Parliamentary Secretariat for Social Dialogue, the President of Malta, George Vella, encouraged employers to not be stingy when it comes to the health and safety of their workers. This was in reference to the number of workplace accidents, a number of which were fatal, that occurred in recent months and years.

“Employers and the responsible authorities should drive initiatives that avoid and protect employees from tragedies that can be avoided with a little more attention and discipline,” added the President.

President Vella noted that there has been a significant increase in foreign workers in Malta, remarking that they are a crucial element for the country’s economic success and that they should be treated with respect and dignity for the service they provide.

The President thanked workers for their sacrifices during the pandemic, and urged employers to continue using electronic systems and enabling remote work, adding “I believe that the various systems that were used offered a good balance between the work and private life of workers. At the same time, congestion on roads and in offices was reduced, and even consumers learned to use electronic systems for multiple services.”

The Parliamentary Secretary for Social Dialogue, Andy Ellul said that the Government’s efforts for a positive outcome in the economy would not be possible without the diligence of the country’s workers and the business community’s enterprising spirit.

The Parliamentary Secretary told the winners and semi-finalists that they must be an “inspiration for other companies to further embrace the principle of inclusivity and to recognise that in a suitable work environment, workers will be more productive and thus carry out their duties with more passion and care.”

The National Worker of the Year award recognises the dedication and diligence of workers and the winners were as follows:

Read next: Do you care about Elon Musk remaining head of Twitter? Over 17 million do in recent poll