Supercharging the future: The joys of intuitive electric vehicles

As with any modern technology, EVs have come a long way in the last decade 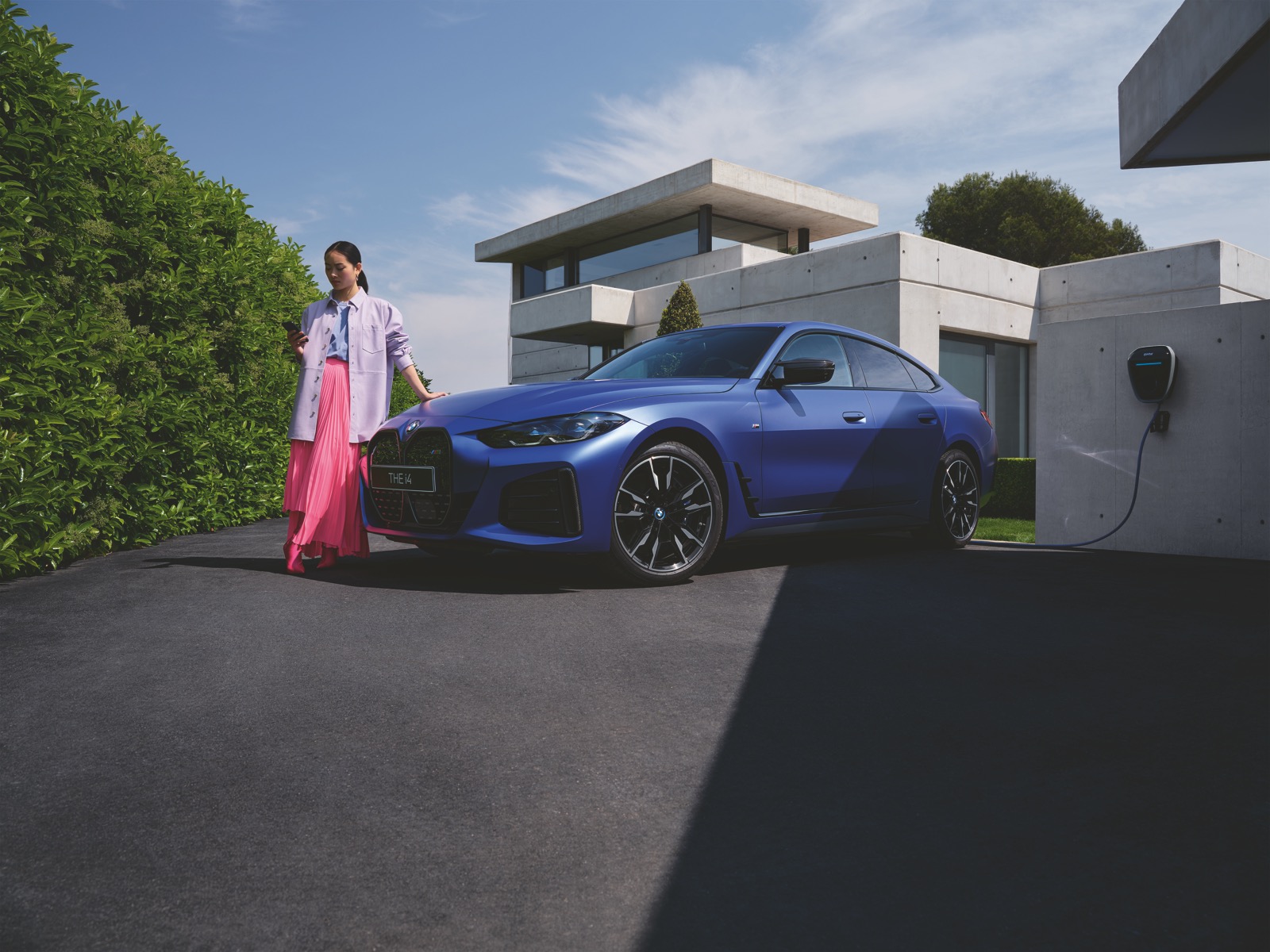 Launched in 2013, the i3 was German automotive powerhouse BMW’s flagship electric model, and a real gamechanger in the EV scene.

Its unusual but radical carbon-fibre build and design made it instantly stand out from the crowd, helping it to steadily become one of the most popular EV models on the market, with over 220,000 units sold worldwide. More importantly, the i3 paved the way for the future of EVs. Now, close to 10 years after it first made a splash, the i3 is being discontinued to make way for a new range of BMW EV models.

“When BMW introduced the i3, it was designed to be a proof of concept. Everything from its clean sheet aesthetic, which wasn’t based on existing BMW models of the time, to the use of material and the quality of the build were designed to make it the perfect electric car. In recent years, BMW have taken all the lessons learned with the i3 and incorporated them into their new ‘i’ range models,” explains James Grech.

As with any modern technology, EVs have come a long way in the last decade, particularly with regards to battery capacity and range.

“EV technology now has come to a point of maturity. In fact, the i3 is being phased out because BMW is confident enough with the technology to introduce it into the mainstream range. So now, there are electric variants of each of the core BMW car models, including the i4, iX M60, and i7, among others,” James adds.

Another important lesson learned from the i3 was to do with its lightweight but highly expensive carbon fibre body. When designing the i3, the theory was that a car’s typical heavy weight would work against the battery capacity and range. So, to ensure that the car was as light as possible, BMW engineers opted for a carbon fibre build. However, it turns out that EVs are so powerful that weight is not an issue. Hence the new BMW electric models are moving away from the expensive solution of carbon fibre and shifting their focus to aerodynamics within design.

Despite the rise in popularity of EVs, they continue to be a somewhat misunderstood technology. Most people are aware of their eco-friendly qualities but are perhaps quick to dismiss them as being low-powered cars that are not as fun to drive. However, this couldn’t be further from the truth. There are, in fact, tons of unique and innovative features that make the EV a truly enticing proposition and a worthy alternative to its fuel engine counterparts.

“Fundamentally, electric cars require no maintenance. This a key point and a major benefit to drivers. That’s because they have no engine components, no gear box or anything of the sort. All you have is an electric motor and the battery. Today, EV batteries have improved drastically and typically come with an eight[1]year warranty, which is pretty much an industry standard. In fact, one of the key lessons BMW gleaned from the i3 was that after 10 years of use, the i3’s battery retained around 80 per cent of its original capacity. So, this is a big plus and gives owners peace of mind that the technology is durable and won’t have to be changed every few years.”

Another common concern is the range of an EV. How often will drivers need to charge their cars, and is there ever a danger that the battery will run out mid-trip, leaving drivers stranded?

“In a small country like Malta, range is not an issue at all,” James ascertains. “Typically, most drivers who are commuting from home to work every day will not need to charge their car more than once every 20 days or so. We don’t even recommend keeping the car fully charged at 100 per cent. For daily use, we recommend a charge of around 60 to 80 per cent. Then, should the driver be planning a road trip to Sicily or Italy, for example, that would be an ideal time to fill the battery up to max.”

James is also keen to point out that while EVs are an exciting automotive option, they are still not for everyone.

At Muscats Motors, we make it a policy to be honest with our clients, as there are still some barriers that will make an EV unsuitable for certain drivers.

A key factor in this regard is if owners don’t have easy access to an electrical socket to charge their car. The public charging infrastructure in Malta is improving, but it’s still not sufficient for all EV users. So, if drivers happen to live or work near a charging station, that’s great. But if they don’t have convenient access to a charging point, either through a socket in their garage or through a public charging point, then we’d recommend they seriously consider whether an EV is the right option for them,” he explains.

There’s also the question of perception. Since EVs first entered the car space, hardcore petrolheads have mostly remained reluctant to climb on board the electric revolution. Self-styled mouthpiece for motorists and former Top Gear host Jeremy Clarkson even declared he’d “never” own an EV because he wants a car with a “nice sound.” Has there been a shift among more ‘serious’ drivers who are beginning to embrace the technology?

“From my experience with clients, it’s a case of if they try it, they’ll love it. That’s because driving an EV is a really joyful, intuitive experience and they are actually more powerful than most petrol cars. The BMW models also offer a very simplified way of driving. So basically, you never use the brake pedal. As soon as you lift your foot off the accelerator the car begins to decelerate.

“It’s an interesting approach and quickly becomes second nature. That said, I feel that pure petrolheads will always struggle with an EV to be their special car. So, the trend seems to be that EVs, with their economical attributes and ease of driving, will become your everyday commute type of car, while traditional sports cars will remain that special car you enjoy on the weekend,” he says.

Another reason why EVs are increasingly becoming ideal for everyday driving is that they are effectively super powerful laptops on wheels. The new BMW ‘i’ models feature a state-of-the-art iDrive 8 infotainment system. Built around an impressive 14.9-inch, 200 ppi, ultra-high-resolution touchscreen, the iD8 seamlessly integrates with the driver’s lifestyle, learning driver habits and enabling a level of customisation that is unmatched.

“It’s very intuitive. So, basically the car has been decluttered in terms of buttons and dials, and now everything can be controlled through speech recognition and the iD8 app on your phone. This gives you the ability to turn on the air-con in the car while you’re still indoors, for example, so you can enjoy cool interiors before you even set foot in the car. The car also has an impressive level of understanding. It can recognise who is giving commands depending on whether they’re in the driver or passenger’s seat, and make changes accordingly.”

Moreover, this new infotainment system can be updated over the air, ensuring the system won’t become obsolete any time soon.

All in all, the EV revolution seems to be truly on its way with the new BMW ‘i’ range. For the first time, electric models are becoming more intuitive and more practical for everyday use. Also, thanks to the Government’s current financial incentive, which grants drivers up to €11,000 to purchase an electric vehicle, there’s good reason to go electric sooner rather than later.

“For anyone interested in purchasing an EV, we invite you to come to Muscats Motors where we’ll be happy to walk you through the best BMW electric models suited to your lifestyle and also show you the many unique features that are set to make EVs the car of the future,” James concludes.

This feature was first carried in the summer 2022 edition of Business Now magazine, the sister brand to BusinessNow.mt