Garden centres like Sherries, Callus and Greenscapes are on the front lines of Malta’s ‘desertification’ 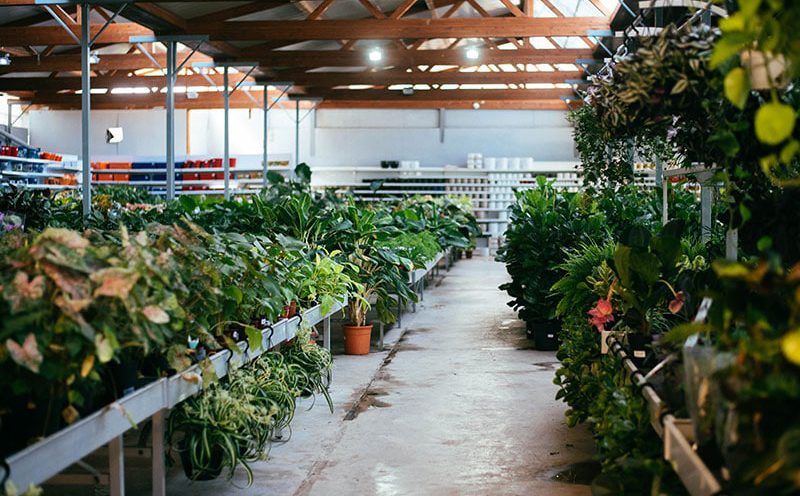 The heatwaves experienced over the summer provided ample fodder for small talk and complaints, but for Malta’s garden centres, they simply compounded the headaches brought about by a dearth of water.

When Malta’s Ambassador for Climate Change Action Simone Borg said last month that the low rainfall, decreasing dew, and record-high temperatures are effects of the “desertification” that Malta is experiencing, few disagreed, as heatwave after heatwave led to record energy usage with residents turning to air conditioners and fans to allay the suffering.

BusinessNow.mt reached out to three leading garden centres to find out how they have been responding to the problems brought about by Malta’s increasingly desert-like climate.

“Well, the first problem is financial,” says Andrew Zammit, general manager of Greenscapes, located between Attard and Zebbug. “We’ve been buying a lot of water.”

The issue, he explains, is that nothing can compare to actual rainfall. “The quality just isn’t the same. If we aren’t careful and stringent in our controls, we might end up causing even more damage to plants since a lot of the water available on the market is too high in salts.”

The garden centre’s own caution when using water, says Mr Zammit, is reflected in its customers, who are showing greater demand for smart irrigation systems, but fewer plants.

“Water conservation is increasingly on customers’ minds,” he says.

Callus Garden Centre, found in Siggiewi, depends on third parties for its water supply, bringing in bowsers every few days to fill up its reservoir.

“It’s always a significant cost, but this summer’s was extremely high,” says the owner, Jonathan Callus.

What he finds particularly worrying, however, is the thought that this water might also run out.

“Unless we have good rain for a few years to replenish the water table, this will also reach its limit. Then we’ll see real problems starting.”

Asked what his company is doing to prepare for any such eventuality, Mr Callus explains that plans are in motion to build an underground reservoir to collect all the water that falls on their premises, although he makes it clear that this is not a decision he would be taking lightly.

“We would need to close for at least a month. So it’s a huge expense, while we’d lose out on a lot of revenue. But it’s simply necessary to have a measure of security.”

Further north, in Burmarrad, Sherries Estates is undertaking maintenance works to its own reservoir to prepare for the first rains, to prevent blockages and loss of water through overflow.

Joseph and Sarah Xerri, the owners, say however that even the 4 million or so litres of water their reservoir holds is far from enough to guarantee water throughout the year.

“We haven’t had a good rain since around January. With the amount of plants and trees we have, all the water collected over the winter only lasted us until March. Once, at that time of year we would still have been replenishing our supply – this year we had to resort to buying our water much earlier than usual.”

Although they have their own registered borehole, the amount of water they require means they also get bowsers to shore up their supply.

This water, explains Ms Xerri, is tested on site and passed through a reverse osmosis to remove the excess sodium before being into the reservoir. Using a computer-monitored process, plant nutrients are then added to the water each day depending on what is being watered.

“Today, for example, we’re adding iron to correct yellowness of leaves that comes from that deficiency.”

Asked what led to the decision to get a reverse osmosis (RO), Mr Xerri says, “For one thing, the valley beneath us, Ghajn Rihana, is salty, but then so is all the water we get from others. You simply don’t find good water at affordable prices anymore – all anyone has is salmastru (saline water). Only an RO guarantees continuity of supply.”

All three garden centres BusinessNow.mt spoke to expressed hope that the New Water being produced by Government through the treatment of household and agricultural waste will reach their doorsteps as soon as possible.

“Water is crucial,” says Ms Xerri, “but it has to be good water. Otherwise it causes more harm than good.”