‘Non-profit? That’s the definition of bankruptcy’ 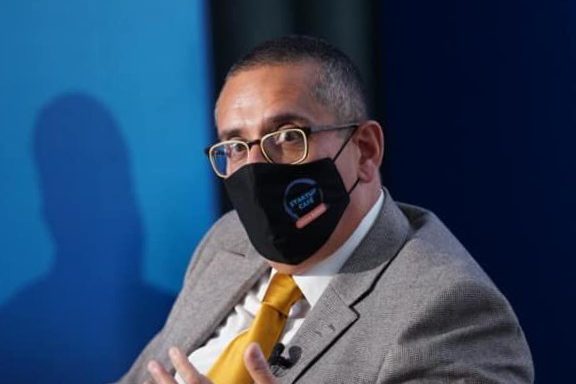 Entrepreneurship is in, in a big way, and with different players in Malta forming agreements to create a cohesive start-up environment, it might be easier than it has ever been to start a business.

However, they think of themselves as outliers when it comes to the mentality they bring to the start-up sector, starting from the possible permutations of enterprise.

“There are only two types of businesses that can be created,” says Mr Bartolo. “Commercial businesses and social enterprises – and we’ve worked for several years now in both areas.

He believes there is no meaningful difference between the two, illustrating his point by highlighting the assistance provided to non-governmental organisations (NGOs).

He describes the incubator’s efforts to help organisations take part in the Malta Social Impact Awards, having mentored 50 applicants over the last four years.

“People come in with a project, but we help convert their project thinking into enterprise thinking,” explains Mr Bartolo.

He mentions the Bormla-based Centru Tbexbix, which aims to help participants, mainly children, discover new and alternative ways of learning and discovering their true potential through planned informal learning situations.

“At the time, they were thinking of developing the top floor of their building. So we helped them structure the idea, win the Award, and get money to refurbish the floor and convert it to accommodation for the European Voluntary Service (EVS) volunteers working with them.”

The point, he says, is that Centru Tbexbix were able to get money without charging their clients, mainly children from low-income households, but by offering an asset they had.

With the funds raised, the organisation was able to employ part-time social workers to further improve its service offering.

“It’s an illusion,” he says. “The worst thing is that people call them not-for-profit. That’s the definition of bankruptcy. You have to think completely differently.”

He believes that the process can be made simpler with clearer thinking.

“We look at the enterprise that’s going to deliver a solution to the customer. We have a very simple model that we use and it throws in 4 very simple but profound questions:

“It doesn’t. It could mean money coming from Government, charitable donations, sponsors, the Social Impact Awards, or any sort of thing.”

This change in mentality is something that both Dr Smith and Mr Bartolo place a lot of importance on.

For them, enterprise, commercial or social, is about creating the perception of value in one’s financial supporters, whether they are investors, the bank, customers, sponsors or donors.

In fact, Dr Smith scoffs at the idea that an analyst can predict the success or otherwise by looking at their books.

In fact, Dr Smith turns to me to prove his point.

I evidently look confused, wondering if and how he knows about my side-hustle, because he continues.

“I’m not asking you, I’m telling you. It just so happens that you sell what every business sells, and that’s know how, and by choice you sell it to just one customer – and that one customer is called your employer.”

He continues weaving his narrative, saying, “In law there’s a deal, called a contract of employment, where the employer says, ‘We’ll find you work so you don’t need a market yourself , and we’ll handle your tax affairs so it’s very convenient for you. And we pay you this much every month.’”

“So you’ve made a decision in your business to have just one customer. If you have more than one customer you automatically become an employer, whether self-employed or running a business.”

Dr Smith believes that people allow themselves to get fooled by the jargon of the sector, and has made it his mission to deconstruct it, change the prevailing mentality, and make sure that people do what they do for the right reasons.

Asked what these reasons may be, he laughs.

“There’s only one right reason. To be happy.”

“In fact,” Mr Bartolo jumps in, “that’s our fifth question. That’s the key thing we teach.”

Mr Bartolo goes on to describe how often people approach the incubator with well-formed ideas, having the right answers to all the questions posed to them.

“The issue,” picks up Dr Smith, “is that you’ve got to be happier doing this than not doing this.”

“If you can’t stand to live without doing what you want to do, then you’re on the right track.”